As promised, for those interested, here is my blurb on Syria.

This post is not my usual diary entry but, having dipped my toes in Lebanon, Syria, Jordan and now fleetingly, Israel, I wanted to try and simplify the Syrian war, one which many seasoned hacks describe as the ‘most complex’ they’ve ever witnessed..

Not speaking Arabic and being far from a Middle East expert, mine is a simple, layman’s account (though still blooming long!) drawing on conversations I’ve had while on the road in this beautiful, troubled part of the world.

As one wrestling to understand the tragedy in Syria myself, I’ve broken it down to the basics, including some introductory stuff about Islam. The war is more about land and power than religion, though the thorny issue of conflicting faith is, as always out here, never far away.

If anyone disagrees with what I’ve written please shout out. This is a factual, mostly opinion free piece (I’m personally not religious – just spiritual, man!) and is likely to be far from perfect. 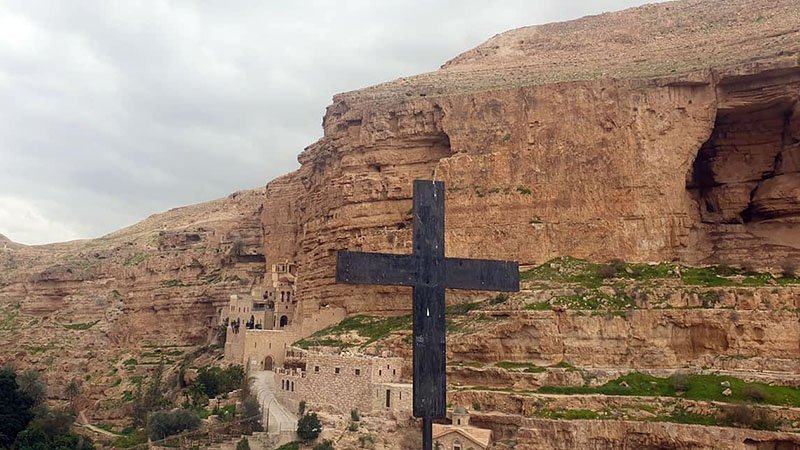 It is estimated there are currently 1.8 billion Muslims in the world. For now Christianity remains the largest religious group, with over two billion.

Less than 15 percent of Muslims are Arabs, in fact, most Muslims are based in Asia: Indonesia has the highest number of Muslims in the world, followed by India, then Pakistan.

Muslims are divided into two main groups, Sunni and Shia. I once listened to a BBC show during which the comedian and writer, David Baddiel, tried to describe, over cups of very sugary tea, the differences between Sunni and Shia, with two opposing Islamic scholars. By the time he finished, so nuanced and elongated was the discussion, he’d drunk so much tea he feared he would develop Type 2 Diabetes. In other words, it’s complicated.

In essence, Shia Muslims believe that the heir to Islam’s great leader, the Prophet Muhammed (who died in 632AD), was Ali, Muhammed’s cousin and son-in-law. They believe in a hereditary line stemming back to Ali and his wife, Fatimah (the Prophet Mohammed’s daughter), whereas Sunnis believe that Muhammed did not pinpoint an heir and that the Muslim hierarchy can be chosen by a ruling body and not via an inherited bloodline.

Sunni Muslims are by far the most prevalent across the world, with 85 percent, Shia only 15 percent. Other much smaller branches of Islam exist eg) the Ibadis, Alawites, Sufis…the list is long. One of the more intriguing groups are the Druze, found mostly in Lebanon, who have hardly any places of worship, no shared Holy Book and who believe in reincarnation, but only as a human being and back only on this earth. Yes, back on this earth! Crikey, I hear many of you say, what a fate!

Sunni Muslims are found en masse in Egypt, Jordan and many of the Gulf States, especially Saudi Arabia (and further afield in big numbers in Asia) wheres the Shias are mostly in Iran (the Shia nerve centre), Bahrain, Iraq and parts of Pakistan and Afghanistan. Despite a strong Shia presence in Iraq, there are still more Sunnis. Saddam Hussain was a Sunni and brutally persecuted the Shia minority.

In Syria, there are also more Sunnis but President Assad is an Alawite, a small group with close links to Shia, and in turn, Iran. Lebanon is perhaps the most diverse melting pot in the Arab world – a third Sunni, a third Shia and a third Christian. The tragic ongoing war in Yemen is down to a power battle between Yemeni Sunnis (backed by neighbouring Saudi Arabia) and Iran-backed, rebel Houthis, who are Shias.

Ok, brace yourselves, now for Syria.

The Syrian conflict was sparked in 2011, at the tail end of the Arab Spring, with protests against the hardline leadership of the Syrian President, Bashar al-Assad (who gained power with a decidedly fishy 97 plus percent of the vote). His father, Hafez al-Assad, who died in 2000, had ruled Syria for almost 30 years before. Bashar’s fast living older brother, Bassel, had been groomed to be heir, but died in a car crash in 1994.

Bashar studied to be an ophthalmologist – partly in the UK, where he met his Syrian wife, Asma (brought up in London) – prior to taking the reins of power. As already stated, the Assad family are Alawites, a minority group, strongly linked to Shia Islam.

The three main opposing factions in the Syrian war have been as follows:

1. The army of the President of Syria, Bashar al-Assad, alias the Syrian Armed Forces.

2. The rebel army, fighting against Assad, part of it known as the Free Syria Army. For a while, Assad’s army and the rebel army both joined forces (along with the Kurds – more later) against ISIS, in a united, America-backed union, known as the Syrian Democratic Force.

3. IS or ISIS, alias The Islamic State or, in full, The Islamic State in Iraq and Syria – a violent, militant group, hellbent on setting up a Caliphate across a large swathe of the Middle East. In Arabic ISIS is known as Daesh.

Early in 2011, pockets of civil unrest against the Assad government soon fanned into a situation much deadlier. Assad’s army drew support from Russia, Iran and Hezbollah (a Shia political party and militant group stemming from Lebanon). Many believe without Russian influence it is unlikely Assad would have clung to power. Within Syria the rebel groups fighting Assad were supported by Turkey, America and Saudi Arabia and to a lesser extent, the UK and some other European powers.

The war soon became very politically messy. Even long term historical allies began to lock horns eg) Hamas and Hezbollah. The Sunni militant group, Hamas, which shares many of the goals of fellow Islamic group, Hezbollah, especially to secure a Palestinian homeland, are thought to have helped fight against the Syrian Armed Forces, whereas the Shia Iran-backed Hezbollah supported Assad.

As the civil war intensified, ISIS took advantage of the chaos and overran sections of neighbouring Iraq before establishing a stronghold in Syria at the city of Raqqa towards the Syrian- Iraqi border.

This added fresh complexity to the conflict and pitted the previously warring forces of Assad’s army and the various rebel groups in a strange alliance, at times both battling ISIS together. Another key player were the Kurds, an officially stateless ethnic group, its people spread across the border lands of Turkey, Iran, Iraq and Syria. During the Syrian conflict the largely Kurdish led, Syrian Democratic Forces (SDF), aided by US financial backing, fought with great courage against ISIS. Up to 11,000 Kurdish fighting men and women are thought to have been killed to date.

Late last year saw ISIS’s army finally broken and on the run, following the death of its leader, Abu Bakr al-Baghdadi. This, in turn, led to the subsequent controversial withdrawal of American forces – some of the US top brass wanted to stay – from Syria and the conflict taking another complicated twist.

A further sideshow incident early this year was the killing of General Soleimani, one of Iran’s leading military figures, on the orders of President Trump. Soleimani was a hero in Iran and the Shia world but an unpopular figure to many elsewhere. To his supporters, he had been one of the most aggressive and effective fighters against ISIS but to his foes, he had also brutally pursued a pro-Shia agenda, and was generally distrusted in the West and by many Sunni Muslims.

Even now, allegiances continue to shift. The Kurds (who are mostly Sunni, but some Shias too depending on geography) having gained more territory and greater self governance in Syria during their fight against IS, are now feeling abandoned by the West. As a consequence they have joined a tentative alliance with Assad’s forces to defeat the remaining rebels. These last Syrian rebels fighting Assad are still desperately holding out in the city of Idlib and in the remote, now freezing mountains, to the north west of Syria.

The reason the Kurds have made this tentative pact with Assad is down to them being recently bombed in north Syria, on the orders of Turkish president, Recep Tayyip Erdogan. For decades Turkey and the Kurds have endured long running, often brutal territorial disputes, especially near the Turkish-Syrian border.

Like the Kurds, Turkey has also been a key player in defeating ISIS in Syria, often alongside the Kurdish forces, and in battling Assad’s army too – but, now ISIS is largely out of the conflict, the Turkish/ Kurdish enmity has strongy resurfaced. Erdogan does not want Kurdish forces in Syria to link up with Kurds in south Turkey, fearing a potential power play for an official Kurdish state.

These recent attacks by Turkey against the Kurds have strained relations between pro-Assad Russia and anti-Assad Turkey (Erdogan was vocal over the Syrian regime’s grim use of chemical weapons against its own people, including children, in 2016, which the Assad government still denies.) America has condemned Turkey’s recent attacks on the Kurds but at the time of writing, relations, at least for now, between Trump and Erdogan remain civil (ish).

The Syrian war has led to countless military deaths and over 200,000 civilian deaths, with 25,000 of these being children, with many children still now suffering in the mountains around Idlib and in refugee camps in neighbouring countries. Over six million people have fled Syria during the conflict, with three million refugees in Turkey (who have also accommodated many Iranian refugees), over one million Syrians in tiny Lebanon and one million in Jordan.

The future remains uncertain. Some locals I spoke to over the last month are confident the war is nearly over, others think the worst is yet to come, with more foreign powers being swept into its violent vortex.

I’ve met many refugees on my journey – a frightened, very polite 18 year old Afghan boy, younger than my daughter, on the Greek-Turkish border; several Iranian refugees in Turkey, including one who generously offered the sofa of his tiny bedsit as a Couchsurf host, and a mass of Syrian refugees in Lebanon.

All I can say is that most of them have been decent souls, fleeing grim circumstances and fighting for a better life. Something I’m sure most of us would do in their shoes. It’s made me realise, for all its flaws, how lucky I am to live in as place as comparatively free, tolerant and peaceful as Britain.

On a positive and contrasting note, I must also stress during my walk throughout Turkey, Lebanon, Jordan and so far in Israel I have been treated with the most enormous kindness by local people – as was I during my recent lightning visit to Syria. I can only judge through the eyes of a British world walker but this whole region, through the generosity and big hearts of so many of its people, has really made a lasting impression.

One Syrian refugee I met in Lebanon had the words of a Sufi poet inscribed on her bracelet: “This too shall pass…” Whichever God you worship – or don’t – let’s all send a loving thought, however fleeting, to the victims of this bloated, brutal, bloody conflict. Surely we can afford to be a bit kinder to one another in early 2020, especially towards the many innocent victims of a war, like most wars, that long ago stopped making sense…

“This too shall pass…” 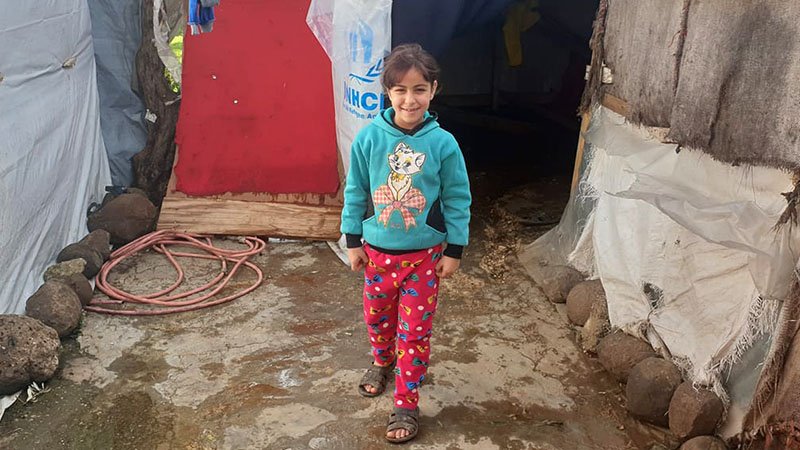 Snapped at a refugee camp on the Syria-Lebanon border. Due to the war this girl has spent her life in a makeshift tent. For all the hardship her cheeky, defiant smile brings hope