In 1996, Tom Fremantle began a 12,500-mile journey, cycling from Swanbourne, England to Swanbourne, Australia, following in the footsteps of his ancestor, Captain Charles, founder of Fremantle port.

His route led him through over 20 countries, including Syria, Iran, Afghanistan, India and Tibet. Johnny Ginger’s Last Ride is Tom’s funny, poignant action-packed account of his two-wheeled Odyssey.

“An extraordinary achievement…a diverting commentary on the highways and, more often, byways of three continents.” The Daily Telegraph

“Johnny Ginger’s Last is an amazing story told with plenty of zing and good humour.” The Australian

“A great book – one of the more extraordinary modern feats of endurance.” Daily Express 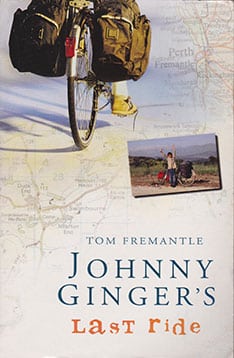